The report stands as a basic benchmark for global treatment of human rights. It covers almost 200 entities in 2.3 million words of analysis and assessment. A number of countries employ it as one element for determining refugee claims validity. 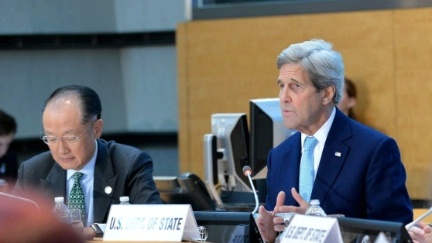 U.S. Secretary of State John Kerry, pictured. In contrast to practice by previous secretaries, Kerry devoted significant time to addressing human rights abuses when releasing the human rights report. He avoided the traditional 'naming and shaming' of a laundry list of abusers. Although urging action to resolve the ongoing conflict in Syria, he specifically praised human rights progress in Tunisia, Nigeria, Sri Lanka, Burma, Vietnam, and Azerbaijan. Photograph courtesy of the U.S. Department of State