'Getting closer to the centre’ is the only path to victory for the Conservatives, says pollster Nik Nanos. 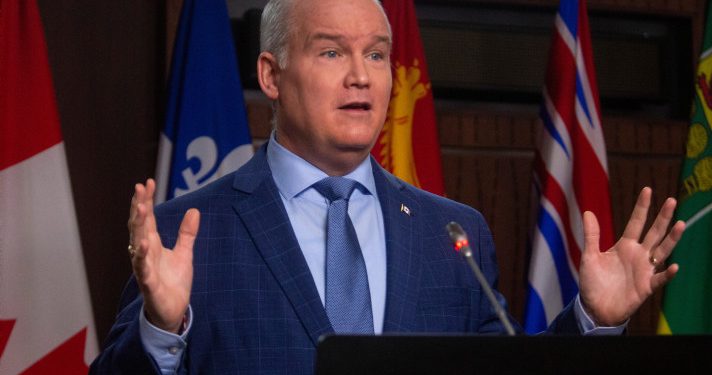 Conservative Leader Erin O'Toole is putting his stamp on the party by moving closer to the political centre, but some of his MPs and long-time party members are unhappy with this realignment effort. The Hill Times photograph by Andrew Meade

Erin O’Toole’s pivot to the political centre, Derek Sloan’s expulsion from the caucus, and Jason Kenney’s falling polling figures are all going to contribute to a significant bump up for Western Canada’s upstart Maverick Party, which could win a few seats in the Western provinces in the next election, say Conservative political insiders and the Maverick interim leader.