The 'democratic deficit' in Canada is shocking. The government is allowing NATO to bamboozle Canadians with its false nuclear deterrence doctrine. The Prohibition Treaty is an act of conscience by distressed governments and civil society leaders, and it deserves a hearing. 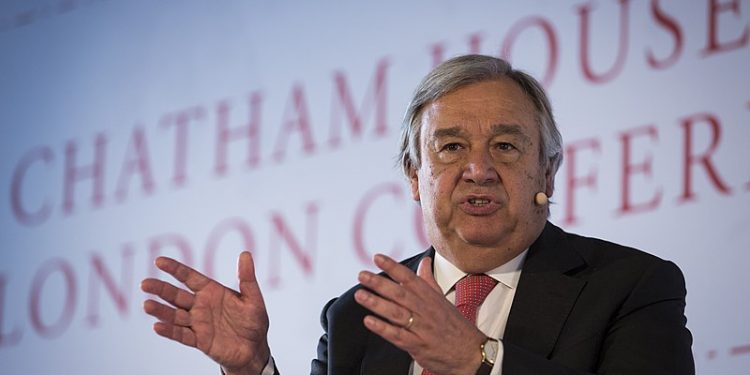 UN Secretary-General Antonio Guterres hailed the treaty as 'historic,' adding that it 'form an important component of the nuclear disarmament and non-proliferation regime,' and set a new global norm against nuclear weapons. Photograph courtesy of Commons Wikimedia

EDMONTON—With NATO breathing down its neck, the Government of Canada has clammed up on what it will say about the Treaty on the Prohibition of Nuclear Weapons, which enters into force Jan. 22. The treaty, signed by 122 nations in 2017, is a breakthrough because it bans the possession of nuclear weapons for those states adhering to it. UN Secretary-General Antonio Guterres hailed the treaty as “historic,” adding that it will “form an important component of the nuclear disarmament and non- proliferation regime” and set a new global norm against nuclear weapons.