Canadian air travel is booming, but advocates say spending on security and border services still needs to go up

Although spending for the Canadian Air Transport Security Authority had plateaued in the previous two years, spending for the crown corporation that handles airport security is expected to increase to $824.9-million this fiscal year. 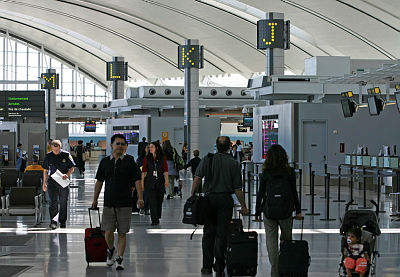 Come fly with me: A terminal at Toronto's Lester B. Pearson International Airport, the busiest airport in Canada. Photograph courtesy of Flickr

A new report by the Canadian Airports Council shows the country’s airports are big engines for economic activity, and prospects are bright as traffic is expected to annually grow by 75 million passengers in the next decade. But the industry’s advocacy group says waiting times for travellers won’t improve if the federal government doesn’t boost its border security services.

Aviation Policy Briefing
Short and informative analyses on policy challenges that bring background and recommendations to policymakers, journalists and the general public.