On climate change and disclosure, Canadian businesses must embrace the inevitable

'For global investors, and increasingly Canadian investors as well, climate-related financial disclosure is a growing concern.' 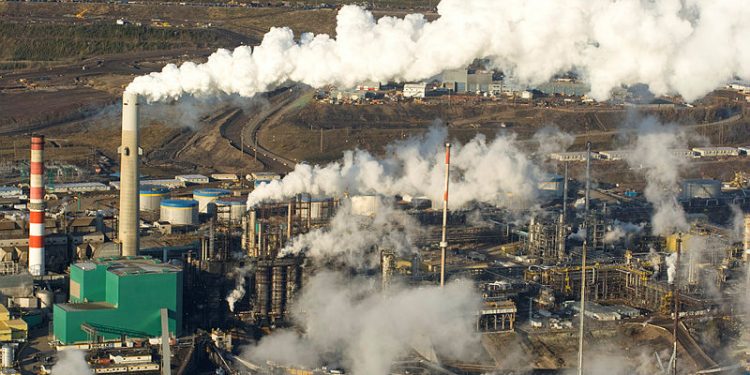 The oil sands in Fort McMurray, Alta. 'Climate change is real. Its business implications are real. Canada has a chance to be prudent and to capitalize on an emerging opportunity,' writes Roger Beauchemin. The Hill Times file photo

Last month, the federal government released its draft legislation to institute a minimum price on carbon. Starting in 2019, businesses in every province will have to pay for the carbon they emit into the atmosphere, whether it’s through a provincial system or a federal “backstop.” This is a clear signal that carbon pricing is here to stay. Any kind of backtracking would require major, synchronized, and controversial policy changes by multiple levels of government. On top of that, carbon pricing is now a clear global trend; China just rolled out the first phase of the largest carbon market in the world.

Finance and Budget Influencers
Key influencers on finance and budget issues with contacts:

Innovation Policy Briefing
Short and informative analyses on policy challenges that bring background and recommendations to policymakers, journalists and the general public.

Public Safety Minister Bill Blair says the legislation it introduced in January, which died on the Order Paper in the summer, came with a budgetary increase that would help the civilian body hold the RCMP to account.

There are 13 sitting days left before the House rises on Dec. 11. Liberals say the text of the new Canada-U.K. transitional deal may not be available for another two to four weeks.

Plus, things got heated in a recent Health Committee exchange, and Independent Senator Murray Sinclair is releasing a new book in 2022.

Recent confusion centred on whether the ban ends five years after the first Trudeau cabinet was sworn in, or five years after former staffers received their last paycheque from the government.

Economic development, industry, health, and the environment were among the top-cited subjects in October’s 2,611 filings in the federal lobbying registry.

One-term former Liberal MP Celina Caesar-Chavannes talks to The Hill Times about her life in federal politics and about her upcoming book, Can You Hear Me Now?, and she says she's not ruling out a return to the Hill.

Christian Leuprecht, a professor at the Royal Military College of Canada, says just because the forces are 'capable,' the CAF is not and should not be viewed as the 'optimal provider of emergency assistance.'