Only 34 per cent of voting-age Canadians believe the Conservative election campaign announcement that the 'Life Means Life' bill will be a top priority is a genuine attempt to address violent crime, says a Forum Research poll.

More than half of Canadian electors agree the “Life Means Life” legislation Prime Minister Stephen Harper resurrected as a campaign plank last week—after the government left it to languish in the Commons for three months before Parliament adjourned last June—is an election ploy intended to play on voter fears, a Forum Research poll suggests.

It’s ‘incumbent' PROC look more closely at the topic and to strike a middle-ground between protected speech and debate the responsibility people have for the misinformation they spread, says Liberal MP Ryan Turnbull.

Canada hopes for a bolstered G7 in a post-Trump world

The G7 will meet in the U.K. for the first time since its haphazard summit in 2019 and since the end of the Trump presidency.

What’s currently covered in the Senate’s environmental policy is unclear, but Sen. Deacon says the group will work to recommend short-, medium-, and long-term steps the Senate can take.

National security threats ‘greater than ever,’ Canada must ‘step up its game,’ says PM’s adviser

Vincent Rigby says the 'world is at an inflection point' and Canada must grapple with heightened geopolitical competition, rapid technological change, and the accelerating impact of transnational security challenges.

How the Liberal government handled COVID-19 and which party has the best recovery plan will be the ballot questions in the next election, says Liberal MP Wayne Easter. 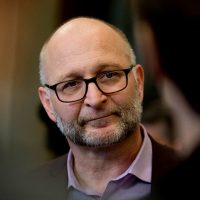 The Liberals used time allocation to speed up the controversial changes to the Broadcasting Act last week, but may have a harder time finding partners to pass other key bills before the summer.
Trending Stories
Would you like to read
this notable, free story?