Plus, former Conservative interim leader Rona Ambrose is set to appear before the Senate Legal and Constitutional Affairs Committee to testify on the bill requiring judges to take sensitivity training before presiding over sexual-assault cases. 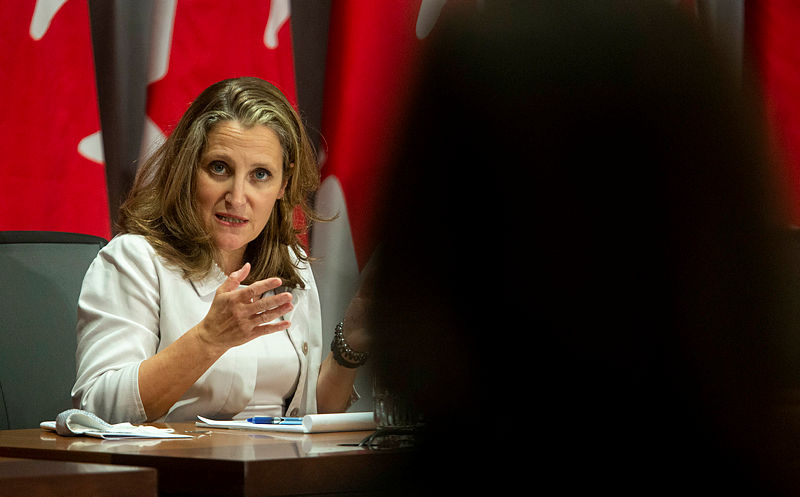 Finance Minister Chrystia Freeland, who also holds the title of deputy prime minister, is set to release her maiden budget on April 19. The set date will likely ratchet up pressure on the government to name a new governor general soon. The Hill Times photograph by Andrew Meade
See all stories BY BEATRICE PAEZ

Doing our part to vaccinate the world against COVID-19: AstraZeneca Canada

Doing our part to vaccinate the world against COVID-19: AstraZeneca Canada