Alexei Navalny is probably not the man who will finally take Vladimir Putin down. What he is doing to great effect is mobilizing the tech-savvy young. 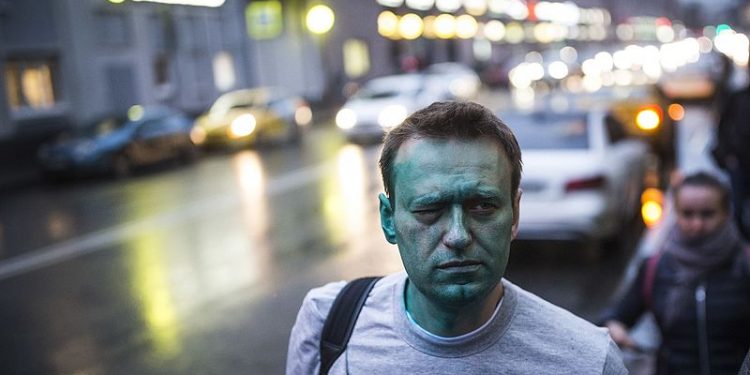 When Russian opposition leader Alexei Navalny, pictured April 27, 2017, after being attacked with blue Zelyonka, returned to Moscow on Jan. 17, 2021, after convalescing in Germany from an attempted poisoning by the FSB domestic spy agency, the regime-friendly media loyally failed to mention his arrival. With one striking exception: Vremya, the flagship news show of Russian state television. Photograph courtesy of Commons Wikimedia

LONDON, U.K.—When Russian opposition leader Alexei Navalny returned to Moscow on Jan. 17 after convalescing in Germany from an attempted poisoning by the FSB domestic spy agency, the regime-friendly media loyally failed to mention his arrival. With one striking exception: Vremya, the flagship news show of Russian state television.