'If that’s going to be the case, then they should really do a formal agreement so Canadians know where they stand, as opposed to this, "Maybe they’ll support them, maybe they won’t," ' says Conservative strategist Jaime Watt, executive chairman at Navigator. 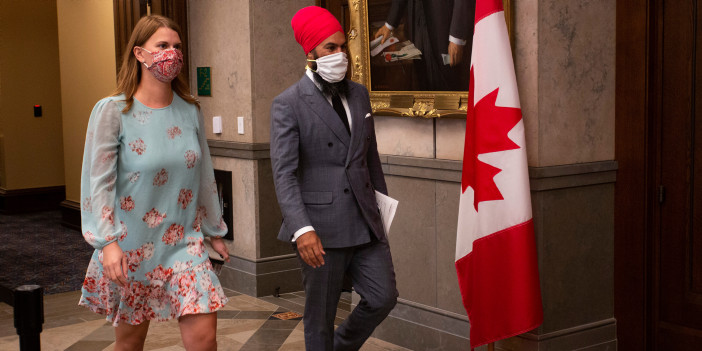 Recent comments made by NDP Leader Jagmeet Singh, pictured Sept. 24 with party aide Mélanie Richer, suggested the party 'will do what they have to do to survive,' says Conservative MP Stephanie Kusie. The Hill Times photograph by Andrew Meade

NDP Leader Jagmeet Singh’s recent remarks suggesting his party could prop up the Liberal government for the remainder of its mandate are not consequential unless a formal agreement is reached, says one strategist, while another MP says it reflects his attempt to “throw his weight around” in the minority Parliament.

'Because these criminal actions and violence have escalated, the response from the police in Nova Scotia has by necessity also escalated,' says Public Safety Minister Bill Blair.
Trending Stories
Would you like to read
this notable, free story?